KRISHI - Knowledge based Resources Information Systems Hub for Innovations in agriculture, is an initiative of Indian Council of Agricultural Research (ICAR) to bring its knowledge resources to all stakeholders at one place. The portal is being developed as a centralized data repository system of ICAR consisting of Technology, Data generated through Experiments/ Surveys/ Observational studies, Geo-spatial data, Publications, Learning Resources etc.

The Council is the apex body for co-ordinating, guiding and managing research and education in agriculture including horticulture, fisheries and animal sciences in the entire country. With 100 ICAR institutes and 70 agricultural universities spread across the country this is one of the largest national agricultural systems in the world.

The ICAR has played a pioneering role in ushering Green Revolution and subsequent developments in agriculture in India through its research and technology development that has enabled the country to increase the production of foodgrains by 5 times, horticultural crops by 9.5 times, fish by 12.5 times, milk 7.8 times and eggs 39 times since 1951 to 2014, thus making a visible impact on the national food and nutritional security. It has played a major role in promoting excellence in higher education in agriculture. It is engaged in cutting edge areas of science and technology development and its scientists are internationally acknowledged in their fields. 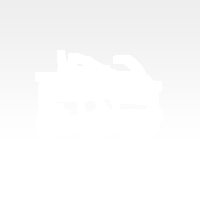 Other Databases and Portals